Regarding the comments of a few critics; I do think that the combat was a little confusing as well as the level-up system.

Like some have said, I was somewhat underwhelmed by how weak the MC felt at the start of it. For how much the other characters tout his ability with the sword, it felt like lip service, as he constantly needed to be carried by his teammates in order to win a battle.

However, the MC has something that gives him an edge and that makes him potentially stronger than the supporting characters. He can level up and invest points into passive and active skills.

I understand that overwhelming ability of the supporting characters may be as it is because the Dev may be planning to eventually, give level progression and point investment to the supporting characters. As their skills and progression probably haven't been decided or worked on yet, they were probably given a buff to prevent them from being deadweight as the MC got stronger. Regardless, battles would be boring if the MC was strong enough to beat the enemies himself.

Now, regarding the first NSFW scene with a certain female. Strangely, I was disappointed how quickly she wanted to sleep with the MC. I thought: oh great, a sex scene that had no premise and makes no sense as there was no tension or buildup that led to that point. But then when the identity of the female in question comes to light it all made sense. They say that food tastes even better when you are fed a bland of boring appetizer. In this case, the appetizer was a red hering and the main course was exquisite.

One recommendation, I have would be to make the skip battle icon more discreet and out of the way as I had clicked on it one time, after a long time away from the intial startup of the game and I was disappointed that I had ended the battle in such a way. Honestly, I would like it better with it gone completely but I understand some people probably enjoy thay function.

Hello i can't complete the quest Involuntary Saviour, the saurian does not appear in my room when i get back to nathan's inn.

I gave the bandit fort to atlathka and had them help me resolve the hostage situation, i even tried replay it mutiple times and the saurian still does not appear in nathan's inn.

I downloaded the windows build but it doesn't seem to work.  does this mean i have to become a patreon member or what before the game comes

How tf i can save my progress? 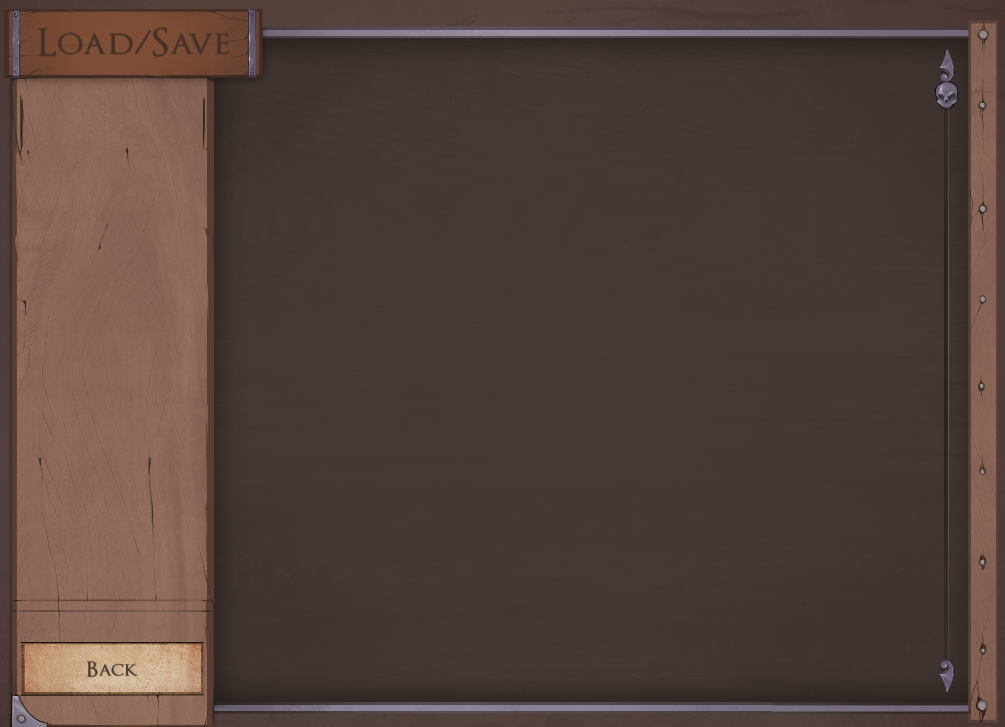 Cant get any audio working, regardless of full download or launcher, on windows.

Audio's turned off by default, uncheck "mute sounds" in the settings.

Cleared all content available for the free build as far as I can tell.

Positives: Amazing art. Likeable characters (grew fond of some that I initially wrote off). Gameplay loop is enjoyable. Fleshed out progression (for those who have skill choices at this time).

Negatives: Skill keywords don't seem to be defined anywhere (skill evolution gives +deadly. ok, but what does that do?). I would just recommend adding a keyword glossary to the Journal so players can quickly access that information without having to write keyword effects on every upgrade. Combat is really limited due to attacks costing so much AP with seemingly no way to increase AP at this time so you end up picking the two best attacks for every character and never deviating from that setup. There are dialogues that seem to skip flags (people talking to me like we've spoken before, but this was the first time I met them). I also spotted a few typos, but did not write down what lines they were on.

For those of you who want a number rating: 9/10 despite the issues I listed earlier. I can see this game being a massive success, and I have faith the issues I have brought up will be alleviated as development continues. Keep your eye on it. Looking forward to future updates. Samara is best girl, fight me.

Reply
eee i is god29 days ago

i feel kinda stupid abt this but where is key for ancient door i cannot find :(

Good game, could use a better explanation instead of throwing you off a cliff and expecting you to fly

Love the game so far, the art is AMAZING, the gameplay itself seems deep and complex compared to most adult games in existence. I'm still early in the game, but i am super excited, not just to complete the game as it stands, but also for it's future development. I wish the dialog had more choice, and let me define my own character, and his opinion of/tone towards other characters better, but it's not an actual problem, more of a preference.

I only have one actual problem with the game and it's a MAJOR problem... i don't know what anything does! Like at all! The game really doesn't explain anything to you as far as combat is concerned. While the UI design itself is fine it could do with skme more detailed explanations, a couple of popups, and an arrow or two to help new players get the lay of the land better.

Also a glossary of terms would be incredibly helpful for knowing what the hell an ability actually does, like what the hell is "lightweight" or "exhaust" and how does is differ from "disgaurd"? No where in the game are any of the keywords explained, nor is there even a wiki i can use to look it up. As awesome as the game is, this is IMO a HUGE turn off for new players who may stumble into the game, only to leave because they have no idea what's going on in the combat, or how to upgrade thier build.

Would this work on android, using Joyplay?

Is an Android version ever going to come out?

The Audio is not working for me (Downloaded the windows edition)

i cant really find new perswona who have quests for new =/

Check the walkthrough if you are stuck.

Mine has no audio.

Are you playing on windows? Or the browser version here?

Meh. I didn't get far. I didn't like that first gal from the start. I was gonna ignore any attempts at the nsfw with her.... only nope. Couldn't even skip it.

You can skip the prologue when creating a new game, and yes we plan to make this scene avoidable in the future.

Tried downloading the link https://teamdeaddeer.itch.io/priceforfreedom#download  and the game updated today. Attempted a complete delete and reinstall.  Still having the same issue that has been mentioned before of it asks to enabling patreon content and when I click no, it becomes stuck on a long picture and will not advance.

Does the update stays at 0%?

It downloaded all they way and restarted them game like it was supposed to.

Could you zip and send me your saves folder? C:\Users\USER_NAME\AppData\LocalLow\TeamDeadDeer\PriceForFreedom?

You should have it shortly

a combat tutorial would have been nice

We will add one once the combat is more polished.

God this looks amazing. I think you would get significantly more downloads if you included an Android build. I play all my Itch games on Android and I'd love to play this one.

You are completely right, but porting the game to Android will require a significant amount of time that we don't have at the moment unfortunately. A lot of people have been requesting it though, so we will get to that when we get the chance.

Copy that. I'm guessing it's not on Ren'Py, then.

Indeed, it's a Unity game.

Is this possible playing through joiplay or no?

No, you need a computer for now.

Not safe for work, but otherwise yes.

Yes, the web version is just a small demo.

Ok ill take your word for it, thank you

I can’t find the gate key in the dungeon, killed everything and looked everywhere. How do I get out

Check the walkthrough whenever you are stuck.

Are you playing the web version? It's just a little demo with one scene. Download the desktop version for the whole game.

ohhh my bad thank you for telling me I appreciate. THANK YOU VERY MUCH TeamDeadDeer!

10/10 amazing game all around, combat is insanelt fun and story and dialog is great too, cant even find a single thing I dont like about this game its just great.

Can you make the Android Version?

It is planned but hard to do in the near future.

How long do you think it's going to be?

At least a bunch of months.

I'm also stuck on Red is her color after your done dealing with the bandits and it says to talk to everyone and do your errands what are the errands in stuck here and can't progress?

Could you zip and send me your saves folder? C:\Users\USER_NAME\AppData\LocalLow\TeamDeadDeer\PriceForFreedom?

I sent the email

Did you ever get the email I sent?

for some reason when I start the game up...it asks if I'm enabling patreon content and when I click no, I'm stuck on a long picture that I don't know how to get around.

Yeah some people have experienced this. We found the issue and will make a patch shortly.

Should I try reinstalling the game?

Edit:I reinstalled it and the same thing happened.

Download the new version of the game, it should fix it: https://priceforfreedom.net/PriceForFreedom_Windows.zip

Ive got the same thing.  Also on Mac

problem the very first scene with the kobold is messed up none of the features in the scene are aligned and it bothers me, im afraid to countinue thinking it will do the same with all the other scenes

Are you playing on windows?

It's the building with a green band in the old docks. There is a pic of it in the walkthrough.

Ty so much spent an hour trying to find it

Thank you very much.

Reply
i use this to commet only83 days ago

Just curious...will there be an android ver in the future?

yes i want that too

When we have time to work on it yes. But no idea when that will be unfortunately.

Can you please implement a function to export/import saved games to a single file? For such a large game as this I'm sure many would like to continue playing their game on different devices / OS.

You can find where your save files are located here: https://priceforfreedom.net/avarice/faq/save_folder

When you have many save files it becomes an inconvenient method and uses disk space as well vs one single file. I hope you'll seriously consider the export/import save file suggestion for future releases of this game, I know that many other games also include this function.

Btw, I have followed the mac instructions to locate the save files but no such directory or files exist? I've tried searching dir/files in finder, viewing hidden files enabled but still no luck. (I am operating the current macOS Monterey 12.3.1.)

I might add this feature eventually but it's low priority for now. And for the saves location on mac, try to use terminal instead of finder: "cd ~/Library/Application\ Support/com.TeamDeadDeer.PriceForFreedom"